I decided to use them and a few other bits and pieces to make some stuffed baby capsicums. 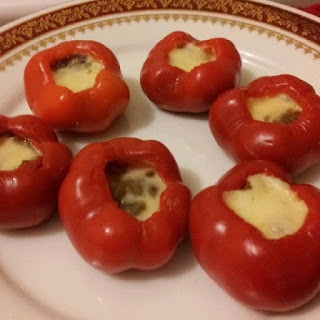 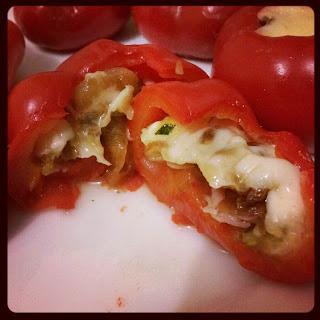 How to do caramelised onions
It is a long, slow process to make delicious caramelised onions. You can make up a bulk batch and portions in ice cube trays to use as desired. Raw onion loses it's crunch when frozen, but caramelised onions are soft already and fine to freeze. You can use more or less than the amounts I share below, depending on how much you want to make at one time. 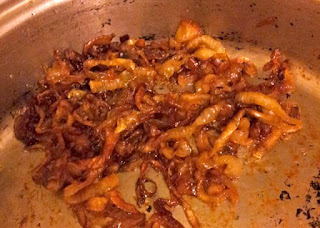 1.) Slice the onions to desired thickness. Place them in a frying pan with the butter over medium heat.
2.) Allow the onions to cook slightly, then reduce the heat to very low. Sprinkle with brown sugar and mix to cover.
3.) Continue to cook on low, stirring every now and then for 2 hours. Keep the lid on to retain the heat and moisture as well.

It takes a long time and you need to be really patient. When I was making them I cooked a variety of other things at the same time since I was in the kitchen anyway.