Spirit Fest, shooting guns and sleeping out for the homeless

I have been very MIA on here, but in my personal life things have been crazy busy. I love it like this though.

A couple of weeks ago I went to San Francisco. It was a whirlwind trip of only 5 days actually in the USA, but I got to mark some things off my bucket list, one of which was shooting a gun. 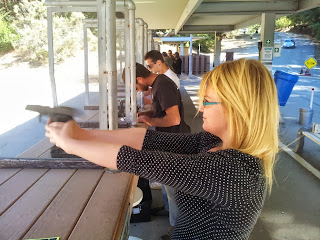 I was really lucky and got to shoot a variety of guns including a hand gun, shot gun and revolver. With the shot gun we were in the traps and on my fourth shot I hit the disc that got thrown in the air. I was so excited. 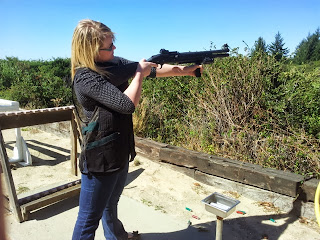 Just before I left I signed up to do the Centenary Sleepout, October 25th. It is to raise funds for the homeless. I have raised $455 so far. My goal is $1,000 but at this stage I really have no idea how I will make it. I have had some generous donations and have been doing haircuts with all the money going to the fundraising. I didn't have a lot of time to arrange much to raise the funds. But I am doing the CEO Sleepout next year as well, which I hope to raise much more for. I haven't even started with that, but I have registered.

My kids and I went to Spirit Fest on the weekend here in Canberra. They loved the music, the crystals, cards and candles. They were not so fussed on some of the incense or the cupcakes, but the rest they enjoyed.

I've also been organising an event here in Canberra for women with ways to make and save money, finance tips and a dance class. It'll be on November 23rd. All the details are here.

What have you been up to?